Living the dream on Nantucket Island, Massachusetts.  Have you ever dreamt of living at your favorite vacation spot while having tenants pay for your investment?  Numerous investors have done this for decades.  It is not a new concept, but it is a very intriguing one.

Julius Pasys, LithCon Inc, decided to build three duplex homes in Nantucket, MA.  He has been a builder in Massachusetts for over 10 years.  In recent years, Julius decided that the cost of traditional site built homes on Nantucket was much greater than the cost of modular construction.  This is when Julius decided to contacted Simplex Homes.

Building in Nantucket is not for the faint of heart.  There is extensive planning that needs to take place prior to breaking ground.  This project started in August of 2014.  All three duplexes went into production on 4/11/2016 and were shipped to New Bedford, MA the entire week of 5/16/2016.  There were 26 carriers that had to be shipped from New Bedford, MA to Nantucket Island via several barges.  It was a very busy week for everyone involved.  All 26 carriers had to be delivered to Nantucket prior to 6/1/2016.  June 1st is the beginning of the tourist season on Nantucket Island.  After June 1st, major deliveries have to cease for 3 months.  If we did not deliver all the units prior to this date, we would have to store the units until the tourist season was over.

In conclusion, we met our deadline and the entire project was a success.  Julius is able to live his dream while Nantucket tourists pay for his lifestyle.  He plans on living in one of the buildings while renting the others to tourists.  Although land on Nantucket Island is scares and expensive, Julius plans to continue growing his modular business. 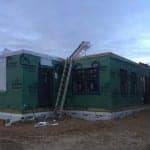 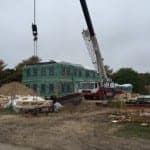 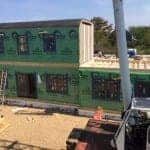 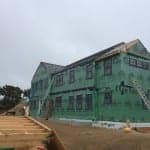 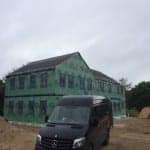 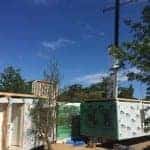 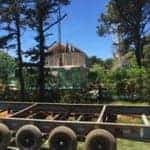 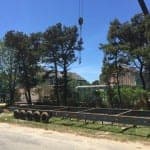 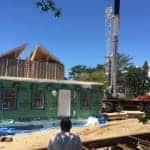 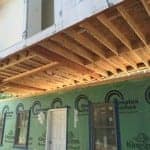 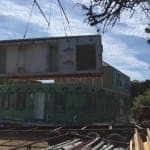 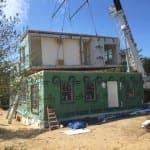 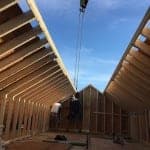 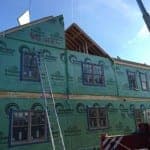 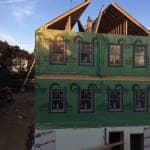 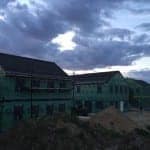